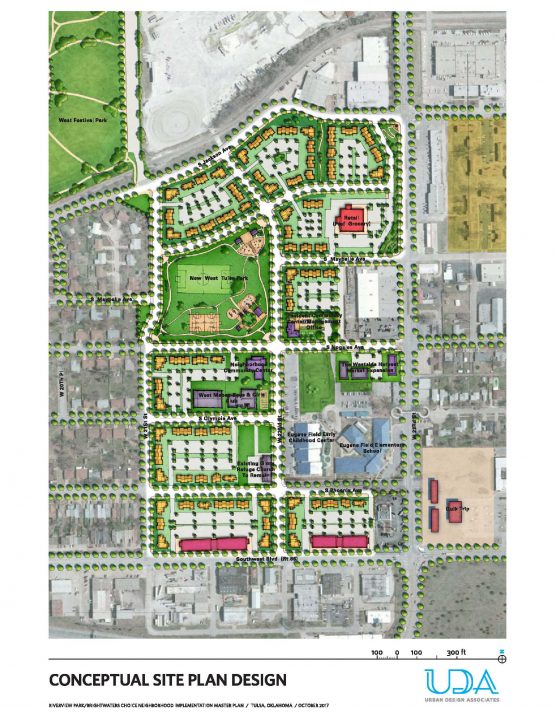 In 2017 Tulsa was one of five cities chosen for the Choice Neighborhoods Implementation (CNI) grant, awarding the Housing Authority of the City of Tulsa (THA), as grantee, and the City of Tulsa, as co-grantee, $30 million.

After being named one of six finalists for the 2017 CNI Grant in April 2017, THA joined more than 43 community partners to ensure the greatest chance of success in securing the grant award during the HUD-CNI selection committee visit.

In addition to the $30 million grant, the Anne and Henry Zarrow Foundation provided a $12 million affordable housing grant and the George Kaiser Family Foundation will contribute $3.25 million toward the project. The total housing development budget for the project is estimated at $127 million.

The transformation of the Eugene Field neighborhood into the resulting River West community centers on the following plan values:

View the 2021 River West Year in Review from our People Plan partner Urban Strategies, Inc. here to learn more about the support provided to residents.