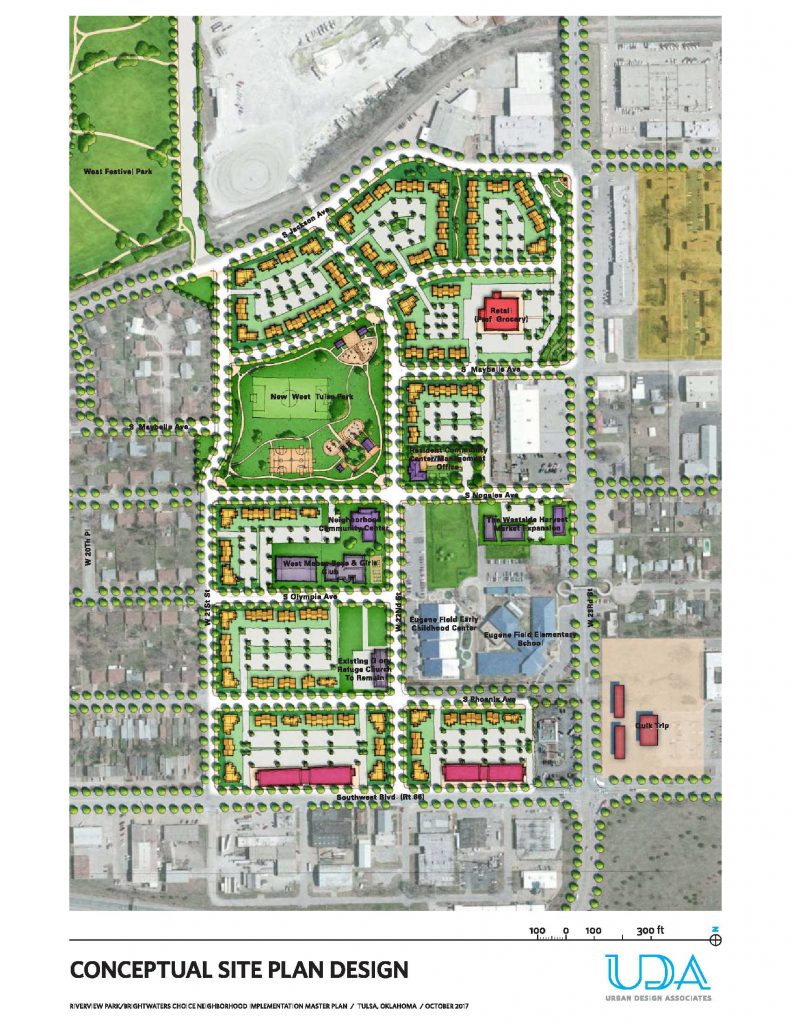 Named one of six finalists for this year’s CNI Grant in April, THA joined more than 43 community partners to ensure that the best impression was made on the HUD-CNI selection committee during their visit. Having lost its bid for the same grant in 2013, the City of Tulsa was determined to make this year’s application as successful as possible.

“This initiative is a marquee example of the way we are breaking down old silos and working together as Tulsans to move our city forward,” Mayor G.T. Bynum said. “The City of Tulsa and the Tulsa Housing Authority partnered with over 30 community agencies to compete for this grant – and we proved that when Tulsans work together we can achieve great things. I am thankful we can now include the U.S. Department of Housing and Urban Development among this growing coalition of partners to revitalize the Eugene Field neighborhood, and I’m incredibly grateful they chose Tulsa for this grant.”

“THA is excited to receive a Grant of this magnitude and be afforded the opportunity to lead the nation in promoting urban revitalization through the deconcentrating of poverty,” said Darden. “Choice Neighborhoods is all about transforming communities and that’s exactly what THA and our community partners plan to utilize this funding to do.”

As with any significant feat, there are always those heavy lifters who not only help to shoulder the burden, but serve as the cornerstone of the project. For THA and its co-applicant, the City of Tulsa and the many City departments that played an integral role during the application process, the Eugene Field initiative would not have been possible without the generosity of the Anne and Henry Zarrow Foundation and the George Kaiser Family Foundation. It was the Zarrow Foundation’s unprecedented $12 million affordable housing grant towards the project that for Rick Neal, THA Board Chair, helped to transmute concept into community.

“Having the Anne and Henry Zarrow Foundation come to the table with one of the single largest gifts in its history was not just significant, but it was vital in making this initiative plausible,” said Neal. “We have in our hands everything we need to transform the Eugene Field community into, not only a jewel in the crown in our Tulsa community, but a national model for how to develop vibrant neighborhoods which can contribute to the social and economic health of any community. We are grateful to both The Anne and Henry Zarrow Foundation and the George Kaiser Family Foundation for partnering with THA to create transformational and positive change for Tulsa.”

The total housing development budget for the project is estimated to be $127 million. Along with the grants from HUD-CNI and The Anne and Henry Zarrow Foundation, the budget includes a first mortgage from the George Kaiser Family Foundation of $27 million.